If you follow me on my page, or on this blog you will know that I am passionate about autism, civil rights, and just plain advocating for the equality for all, because to me, everyone matters. I tend to limit these views to my own space, because I try to not go around imposing my opinions on others. I am low drama, because  my brain doesn't really understand it very well. I freely admit this is a limitation that Asperger's has enabled within me. It's not necessarily a bad one, either. My self worth is not dependent on who likes me, who agrees with me, or any kind of group collaboration. One saying that I have had since I was in my teens before I have ever knew about AS is "I do what I do, and you do what you do." What I have always meant by this is that I am who I am, and I'm okay with my choices. As long as you're doing what makes you happy, and aren't hurting anyone, your choices aren't any of my business. My ability to remain neutral is usually logically intact before, during, and after any disagreement with a person.

I do however, occasionally get into disagreements with others about various things. This isn't hard in the autism community where the atmosphere is generally tense between opposing beliefs. What I have found that is different for me than others is how I am often treated differently due to my neurological status, if said status is disclosed to the other party.  In other words, if I am known to be autistic while I debate share my thoughts, and refuse to admit that I think I am wrong I am often accused of not understanding the social situation, or the proper social protocol.  They may insinuate that I was not sufficiently stocked with the right social stories as a child, because obviously I don't understand their point of view. I was not taught manners. Or, maybe I am just too rigid in my thinking.

Yes, that must be it, many NT parents claim. I must be too pedantic, black, and white, and stuck in my own world to see just how wrong I really am. It can't be that they might be wrong, or mistaken, or possibly that we just disagree. This is especially ugly when we are talking about a disorder that I actually have. They aren't wrong about autism. By default, I am. I can't possibly understand their higher level of understanding, due to my deficits in social capacity. 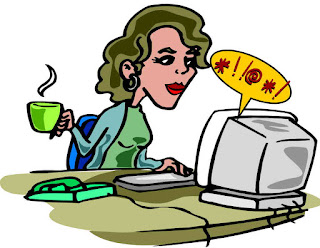 Does that seem like discrimination to anyone else? Or am I just misguided, again?

This sort of thing has occurred a lot lately.  It's a form of gaslighting. Not that I am a victim of abuse, but rather one of discrimination. Parents will insult me, then tell me that they didn't. They would never hurt an
autistic person, because they have an autistic child. I must have misunderstood their comment, or perhaps I being too sensitive.  Perhaps, it's because I'm autistic, and my brain just can't quite reach the level of sophisticated understanding that they're talking about. It's the equivalent of patting me on the head while telling me that I wouldn't understand.

I literally saw someone the other day post that 'autistic bloggers cannot understand why I would hate autism, but love my child, because of the very disorder that they have.' That is paraphrased, but that is what he said.  In other words, his level of thinking is so complicated, that someone with my deficits in social cognition would be unable to understand it. He was nasty, rude, and made no sense when he didn't think that one of my kind would pop up, and speak on my own behalf. He began using curse words, and hate speech when I confronted him (logically, and without hate, or any profanity). His comments were ultimately deleted, and he got a nasty talking to via pm by the page owner, which happens to be my friend. He did not think autistic people hung out on her page, so he was letting it out.  Instead of admitting that maybe what he said was insulting, he just tried to bully his way through it, using his caps lock, and curse words.

What would make a person behave that way when confronted with data that obviously disproves their position? At the very least, it proves that their assumptions about me might be wrong, so why do they dig in becoming more desperate to prove they're right?

The gist of cognitive dissonance is that it's hard for humans to hold two conflicting beliefs, or viewpoints in their mind at once, because it causes discomfort. We then come up with reasons to justify the one that makes us happiest, is the easiest, ect... to ease the discomfort of the having to reason with the other idea, or viewpoint. Smoking is the most common example. Smokers are not dumb. They know that what they are doing is bad for them, but it is an addiction.  A very bad one, at that. So, they are stuck with two conflicting pieces of info in their mind. The threat of bad health hovers over them in the back of their mind nagging, causing discomfort.  To ease the discomfort, they tell themselves things to feel better, contrary to evidence that proves otherwise.  Maybe, their Aunt Hilda smoked 2 packs a day, but lived to be 99, or the good ol', maybe I'll get hit by a bus tomorrow, so I should just do what I like today, since there is no guarantee on life.  If you don't smoke, you know how absurd these things sound. It doesn't matter, because these arguments don't have to make sense. They just have to ease that discomfort that we feel when we think about opposing information that suggests to us that we need to think, feel, or do something different than we already do, or are,

On one hand, you have an autistic child. You hold a certain amount of beliefs in your mind about what autism is, and what it isn't.  You have been told it's this criteria, or that deficit.  You have emotions about how that makes you feel as a parent.

Then here comes autistic advocate me, or other autistic people who shake all that up. We tell you something completely different than you were led to believe, or taught. We might even tell you that that belief is harmful to us.We might even show you by typing, communicating, or any other number of things that really just defies all that you thought you knew about autism. Now, you have to rework this new information into your mind.  If you accept it, then that means that some of your old beliefs are wrong. Your can no longer assume those things about every autistic person, but then some of your other beliefs are challenged, too, since they rely on the ones you have just ascertained as not truthful. What do you do? You have to accept that you don't know what you thought you did, and set out to learn, grow and change, or you get upset, emotional, and create justifications to remain in the same framework of beliefs now that you have been shown, told, or proven different. You can change your mind, or explain away what doesn't make you feel comfortable.