Why Spanking Is Harmful

It seems that a week can't go by where there isn't some thread on a public page on Facebook where people are voraciously arguing over Corporal Punishment.  From what I have gathered those for it are in the minority. You might not know it, based on their reactions, but I always find that to be a good indication of how valid one really think their opinion is. If I know my actions are noble I won't feel the need to get over the top defensive if someone doesn't agree with me. I don't need them to tell me I am right, or agree with me to feel validated. If I feel confident in my own decision, then I will be able to have a civil debate about why I think the way I do and be okay if I can't sway the other party to my 'side' as it were.

So, what does science say about spanking? One recent study showed a clear association with

"the proportion of illnesses such as depression, anxiety, alcohol and drug abuse as well as personality disorders that may be attributable to physical punishment".


" Despite American Academy of Pediatrics recommendations to the contrary, most parents in the United States approve of and have used CP as a form of child discipline. The current findings suggest that even minor forms of CP, such as spanking, increase risk for increased child aggressive behavior. Importantly, these findings cannot be attributed to possible confounding effects of a host of other maternal parenting risk factors."


Those are just a couple of the studies that have shown that spanking isn't beneficial to any child for any reason, for any age. I can't find one study that says it is. If you have one, please share it with me. The interesting thing to me is, even though it is not recommended by any expert that knows anything about child development, the studies say parents continue to do it anyway.  This leads me to believe that we don't have enough information and know how to discipline differently. As humans we do what we know, even if it's not effective. We're creatures of habit and tradition.


My other issue with hitting kids (and make no mistake anytime you spank your child it IS by definition hitting them) is that it's illegal to hit anyone else, so why are children not afforded the same right?  If your spouse, neighbor, or waiter pisses you off you aren't allowed to hit them. Even if they lie to you, steal your stuff, or otherwise do something off the wall morally wrong. You are not allowed by law to hit them unless it's to defend yourself from harm. If you do, you can be arrested for assault. So, why is it okay to hit a little defenseless person?  What if you do it just enough to hurt them, and teach that neighbor of yours you mean business? Is that legal? No. So why is it legal to do it to a child. Hitting is hitting.

Before, all of you think that I am on my high horse, I will admit to using spanking a handful of times with my 2 oldest. I stopped, because it seemed not only ineffective, but it seemed to make their behavior worse. I set out to find another way. 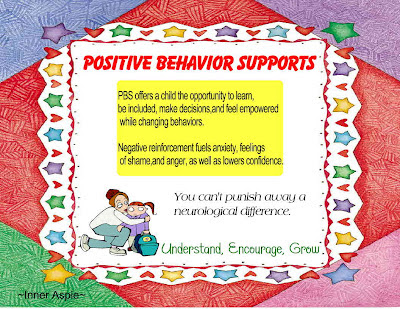 Different things work for different kids. All kids respond to some form of positive behavior reinforcement . Maybe, some need more redirection, frequent rewards and support than others, but they all respond to it.  No matter how stubborn, ornery, or different you think your child is, I guarantee you they will respond to some sort of positive behavior plan.  Everyone does. When we don't go to work our boss doesn't come over to our house and hit us. We simply pay the natural consequences of that decision.  I try to mirror that as much as I can with my kids. I try to relate any punishment or reward to the actual behavior itself.  If they don't do their chores, they won't get their stars on their chart, and they won't have money. The same with if we don't earn income. I don't buy them a lot of stuff. If they want toys and games, they have to earn it themselves. They don't throw fits at the store, because unless it's a special occasion they aren't expecting a toy. When I say no, I mean no. Every time, always. You throw a fit about my answer, you lose privileges. Consistently. I don't yell.  I don't threaten. I state my expectation and they know I mean what I am saying, because I am consistent in following through.  A lot of the time I see kids having bad behavior, because the parents reinforce it. Do you go back on previous no's, because you don't want to hear the whining? Do you let your child behave badly until you finally explode and yell, instead of getting the situation taken care of immediately?  Are you inconsistent on rules? Letting them sometimes do things that are against the rules, because it's easier for you in that moment, than to exert the energy to correct them?  When they fail to do something in real life, say at school, do you rush to bail them out, or do you let them handle the consequences of their own behaviors?

Conversely, when your children do something right, do you tell them? Eg; "great job making your bed, getting a good grade, helping a friend.."
Do you always stand up for them when it's warranted showing them that you have their back? Eg; The school is treating your special needs child in a way that is unfair, so you put your own feelings of shyness, busyness, ect... aside and take care of the matter.
Do you allow them times and space to be them, instead of micromanaging their time and activities?  Eg; allowing them time to watch tv and be on the computer without huge time constraints,  ect...
Do you allow them the individual freedom to choose, even if it's you don't agree with their decision (age appropriately, of course)? Eg; Allowing them to choose their own fashion, sports, friends, ect..

These are all examples of fostering a child's well being in a sense that allows them to feel good about themselves, and the world around them. When a child feels safe, secure and grounded they have the better tools to choose their behavior, rather than going on a series of impulsive reactions.

So, what is your preferred method of discipline? (Please note that I won't delete any comments, but I also won't respond to nasty ones, either)

And above all, please remember: