For as long as I could remember I have always felt that I had to hide my social inadequacies away.   The burning shame I felt when (and still do to be honest) when I stop and think about my social blunders and shortcoming is overwhelming.  I felt that I could not ever let anyone know that I don't know what I'm doing.  That I'm just following a script and hanging on for dear life to get through a conversation.  I think to some extent everyone who has anxiety, or is shy feels this way. I felt deep down inside that this social awkwardness meant that I was less than other people.  That I was defective. 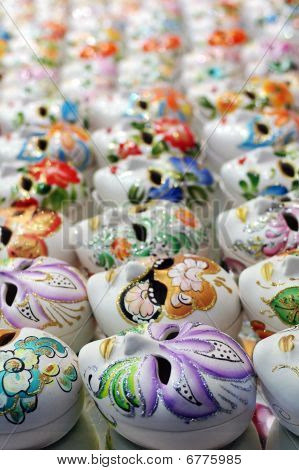 By the time I got to be about 11 years old I noticed the social differences that I had.  I began trying to fix them as best I could. Sometimes, other girls might take me in and give me some pointers on how to be more cool.  I began to obsess.  My special interest during the years of 11-15 were all about trying to not be a freak. I made sure my appearance fit the bill. That was almost easy.  The small talk with peers and all that goes with it... not so easy.  I was never the type to talk too much, or be inappropriate.  Unlike some aspies, I just don;t talk at all in groups.  I rarely can keep up with the small talk that's swirling around me.  The topic changes and moves in a rhythm that I can't keep up with.I literally have nothing to say.  By the time I was 15 the toll had been taken and anxiety and depression set in.  I could no longer keep up in a world that was not made for me.  The mask slipped and I was there exposed as an alien to this world.  It was around this time that I began to collect Chinese dolls with their faces painted, as well as the masks.  I think it was a symbolic gesture of how I really felt.

The social issues didn't get any better as I grew older.  As an adult, I have had very few friends (not counting internet friends), and almost none that were what I'd call a good friend.  It seems to be much harder as an adult to socialize.  I have really no friends right now, and have not had any for probably 6 yrs.  The difference now is in how I view my social isolation.

When I was younger I thought that I wanted to be a part of the crowd.  I thought that I must like what everyone else does, and that I just didn't know it. I thought that if I just tried harder I would be like them.  I thought there was no option B.  There was only be like them-option A.  When I couldn't self pity and anger set in deeper and deeper with every passing year.  I felt ashamed and embarrassed of my differences.  I felt angry at the extroverted ladies that seemed to be better than me in everything- of course this was not reality, but it was my thoughts at the time.  I felt that I'd never be anyone's favorite.  If they were given a choice of who to be with, I'd never be at the top of anyone's list.  I was destined to be the 'back up friend'. The back up friend is the person you call to hang out with last minute, because all of your other friends already had plans and you can't go out alone.  They are always your last choice, but you keep them around for convenience. Most typical people have back up friends to some extent or other, especially younger people.

Then I came upon option B.  If I couldn't change the situation, then I had to change the way I looked at it.  I began really listening to other ladies talk to each other when I was out in public. I noticed what they did and how they acted.  I realized that I'd be bored to death and not at all on the same wave-length as most of them.  Their conversations were not anything I'd like to talk about.  Their outings were not to places I like to frequent.  I could tell they shared to share and not really to get real feedback.  I could never do that.  I talk to share information, and never ever to connect with someone in some sort of empathetic bond of emotions.  I realized that the thing that I'd been chasing after all my life was something that I didn't want anyway.  It was not what I thought it would be, nor was it all there was. I realized that there was an option B, which was I could be happy and content doing my own thing by myself.  I have a husband who I actually do think I'm his Favorite!  I have a family to love and take care of and that's all I really need.  I am happier sitting alone in the park on my laptop or with a book than with a friend and that is okay. I am okay as I am without needing everyone else to validate my existence, or my experience.
- September 05, 2011 15 comments: