If you're a person that has ever gone into therapy for any kind of anxiety issues you know at least a little bit about what catastrophizing is. If not, it's basically taking a worse case scenario of in an imagined situation, and running with it. The foundation for the situation may be real. Something like maybe your boss emailed wanting to see you in their office this afternoon. But if you have anxiety issues you might then begin to "just know" they're going to reprimand you, fire you, yell at you about last week's performance, and so on.... That would be catastrophizing. It's actually fairly common among most people, I would think, and most of us can probably get this kind of irrational thinking under control before it interrupts our lives to a serious degree. We recognize that we're worrying over something we can't control,  and from such a negative point of view that it's a piss poor time to spend our emotional energy, so we redirect our thoughts, and continue on with our day. Unless, of course, one cannot,  then maybe we might decide to see a professional to help us learn to do so.

But what happens when we encounter catastrophizing coming from others around us? What if, instead of this being unhealthy it's actually considered the norm in certain environments?  Would you recognize it for what it is? Or would you go with the social convention that has taken place in this circle of people? What would you think about an environment that not only encouraged, but saw no other way but to plan for the absolute worst case scenario?

Let me then introduce you to what it is like to be a parent of an autistic child.


Here's some of the things I have been told about my own kids as they've grown up over the years.

* He has to learn to use PECs first. If the (fill in the blank for whatever device) breaks he will have no back up voice!

* If he doesn't learn this now, he won't be able to keep a job as an adult.

* If he doesn't use standard sign language other people won't be able to communicate with him.

* If we let him have this one accommodation he will want to get out of all his work. 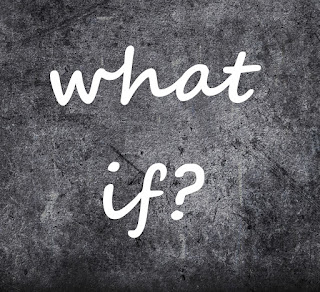 That is only a very small sampling of a few things I have heard that I can recall at the moment, but I assure you that there has been so many more. Now that My oldest son is 16 and the youngest is 14, and homeschooled the frequency that I find myself running into these types of comments is becoming almost rare. I think it's happened so frequently that I sometimes find myself repeating the pattern myself unknowingly. It's such a standard application of teaching autistic kids that it's not even second guessed by most people. It's just a given that we approach them from very young ages in a way that ensures we mold them into what would the worst case scenario of their life as an adult look like? Prepare for that. Teachers will ask you, as a parent what you expect of your child[ren] as adults. What do you think their adulthood will look like? I have never been able to properly answer this question. I just can't. I don't think about that kind of thing when my kids are in 3rd grade. Who does? I can't prepare them for adulthood when they are 10 years old. They are still children. I don't know if they'll have a job, what kind of job, get married, drive, have kids, live alone, go grocery shopping alone, ect... ect.... Those aren't my decisions. It's not my life. I can only raise the child that I have in front of me, and follow their lead. The IEP team would feel frustrated with my failure to participate in their goal making process.

It was such an odd process, too. If we want him to be employable he will need to learn how to sort things, and be compliant. That is why he has this or that goal in his IEP.  He hates it, and would probably hate that job, but that is the logic behind that what if goal.


These "what ifs" are used a lot by staff to write goals for autistic kids to justify a lot of circumstances that are really plain cruel. The adults in their life don't see it that way, because it's just the way things are done. No one seems to think about how it feels from the autistic perspective.

What if the child can't understand PECs, but uses a device with easily? Why would a teacher want to deny that method if that's the one that makes sense to the child?

What if the child doesn't have the motor skills to use standard sign, but can learn a few made up signs to communicate with family and caregivers? Is a little communication better than none?

What if none of the bad things predicted happen, and by following the lead of what the autistic child needs to feel comfortable, safe, and well regulated the child grows into a happy, successful adult in whatever terms that means to them?

I mean, yes.... bad things can and do happen. We need to be aware of those things. We need to be able to plan for them, but to deny autistic people the full experience of their lives in the name of preparing them for the worst is a little bit cruel, imo, and a lot unnecessary.