Giving Others Your Attention and Respect

As I hung up the phone my stomach pulled in with anger rising up through my body. I am a mature person (most of the time) so I refrained from spewing it into the ear of the inconsiderate person on the other end of the receiver.

She just committed one of my all time most disliked pet peeves.It was a miscommunication, which is frustrating, but it wasn't just the misunderstanding it was the careless way it was delivered that makes me upset. This happens to me frequently when I talk to office associates, but none as often as doctor offices. I get it.  I really do.  They get so many calls a day, and I am certain that most people want to tell them their life story, never getting to the point.  I answer the phone for my husband's tree business, and out of what every customer tells me during the majority of the calls only about 25% of it is necessary information. This is with people inquiring about their trees, yards, and lawn sprinklers, so one can imagine that being times ten with people calling about a health related concern. So, I do empathize that they have to move through conversations quickly. I get that they probably get used to filtering through about 1/3 of what they hear to get the really necessary info. The thing is, I don't speak that way. I am on a need to know basis with everyone. If you filter though any of my words you're not gonna end up understanding any of what I am asking, or trying to state.


Her: Hi, this is Jane from the doctor office. I was just returning your call.  I just got back in the office.  How is Beans doing? Is he still needing some antibiotics?

Me: Yes. He wasted a few doses out of the other bottle, so I think he should finish the course. He is better, though, but I want to be sure he gets rid of the infection.

She asks me what pharmacy, and all I want that called out to, and I tell her. Then, she acts as if that was it. No. That was only about 1/3 of what I said in my message.  I then proceed to inquire about whether or not they have another shipment of vaccines in, yet, and she explains to me that they won't have any until January.  So then I say:

Me: Well, since Bubby is due for a pertussis booster will he still be covered if he is exposed to whooping cough?

Her: I don't understand. What do you mean?

Me: I mean, he is due for a Tdap- the vaccine for whooping cough. There has been two cases in his grade, and I want to be sure he isn't going to get it.

Her: Yeah, so he will be good for another year.

And, that was that. She was on shooing me off of the phone without understanding my question, or giving me a decent answer.  I think she may have meant that he would be okay for about another year before he really needed the booster, but that is not how she phrased it. She just wanted to move on to return her other calls, and was not slowing down enough to hear what I was saying.

This happened a few months ago when I went doctor hunting because I was tired of these sorts of things happening at our regular doctor. With our insurance finding any new doctor takes what seems like hours of calling, and giving info to a long list of possible doctors that might be accepting patients.

One in particular I called wanted my kids insurance numbers to see if they were covered.  I assured her they were, but gave them to her anyway, explaining once again that I was looking for a new doctor to replace my kid's primary care physician. I gave her til the next day to call me back as she said she would, before deciding to call her back, and check on the status myself. She answered my query with a curt "No, I called, and our office is not listed on your children's card." 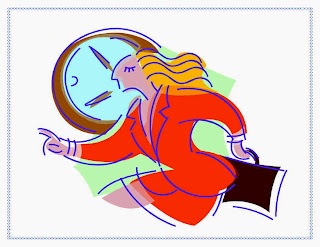 That is where I lost it. I did. I was so pissed off from calling all these places and the secretaries only hearing what they want to hear, and not even trying to do anything that they didn't possibly have to do. Why go out of your way to assist another person when you can just do everything half-assed while thinking 'not my problem' right? No. Not okay. I was polite.  I was to the point, and I didn't deserve to be spoken to like this. I explained to her with a  raised voice that I was not wanting her to verify that their office was my children's PCP. I know they're not. I wanted to see if they were accepting new patients. I also explained that it was completely uncalled for to just figure 'not my problem' when she encountered that this person wasn't a patient of their clinic. She had no intention of returning my call. I also have a hunch that if my kid's insurance wouldn't have been medicaid I would have gotten a little more respect. Also, have I ever mentioned on this blog that when I get mad that my vocabulary grows exponentially? Well, it does. So, the madder I get  the more wordy I get, and the more sarcastic I get. I can shame anyone into the corner if you push my button hard enough. Push my social injustice button while simultaneously pushing my miscommunication button, and you're going to see that side of me.

To wrap up this already needlessly long post.. Don't be that person. Don't act like your time is so important that you don't hear the people in front of you. Try not to act like your time is so precious that you have the right to dismiss others. And, above all.. don't think that just because you regard someone as having little resources you can treat them any way you please with an attitude that you don't owe them basic respect due to the fact that they are on government assistance, welfare, poor, or any other class you deem them to be in that is beneath yours.

Above all, do. not. ever. let your children see you do this to another human being. Do the world the biggest favor of all, and don't raise inconsiderate people who learned to be that way by your example.