The Only Way Out is Through

In my last post I talked about migraines, and perceiving life differently. That was about two weeks ago now. In the interim I did see the doctor who has referred me to a neurologist, but as many of us know.... this can take a minute. In the meantime, she wanted to see how I would do on a medication that I have tried before, but possibly this time at a higher dose.

The answer is groggy, irritable and nauseated. Ugh.

Though, I am holding out hope that these side effects might let up a bit after some time passes as often happens with medications. It's too early to know yet if it's helping or not, but it does seem to be at least a little. With the increasing frequency of migraines along with the level of interruption it's bringing to my life even a little relief is welcome.

As I also mentioned in the last post, I am also working toward greater well being and mental health in general. In particular, taking more responsibility for my own well being by being more honest with myself on how effectively I am approaching daunting tasks in my life. As I set out to do this, to apply the ideas I spoke about in the last post I realized something big.

Yeah, I know Captain Obvious, right? Of course making changes to one's behavior is hard. But no, I mean it was hard.


I felt like I should work up to the big steps. I should be able to do the small things, and then I will feel comfortable in letting go of the bigger, more compulsive behaviors that weigh me down. Except that wasn't how it ever worked. I've been working on the small steps my whole life. It's not that I'm lazy. It's not that I adore my anxiety, or negative coping strategies, so I keep them around for good company.I've been working on alleviating these issues my whole life with fierce dedication. I would always get to a point to where I would get stuck, and then feel as if I couldn't move forward,  so I'd inevitably slide backward. The cycle of starting again and ending in failure wore my sense of worth down. I felt like I was smart and capable, yet I could not conquer these maladaptive behaviors that interfered so much with the quality of my life.

I wanted the change, but didn't want the discomfort that comes with it. Unfortunately, that isn't how authentic transformations happen. It's kinda like when I quit smoking. I wanted to quit. I wanted to quit badly, but I also wanted to avoid the horrid withdrawals that always accompanied any attempt I made at quitting. So, I would try to work my way around it. I mean, this is what humans do. We seek out ways to be comfortable, whether we're aware of it, or not. Maybe I wasn't ready.  Maybe I wasn't doing it right? Maybe as I tapered the amount of cigarettes down over a period of time it will become easier? That is what I would convince myself, except it was the opposite of the truth. The less nicotine I took in, the more physical withdrawal I would have, and the more I would become obsessed with the very thing I wanted to get away from. If I had one I may as well have 20 as far as addiction is concerned.

The only way out was through it. There was no shortcuts. 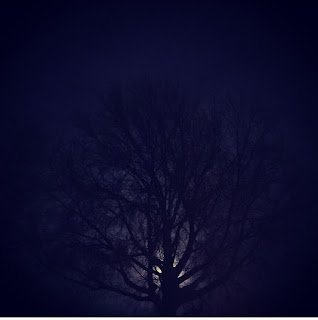 So, when I have a compulsive thought, there is no small exception here to  bend a rule. When I want to nullify my anxiety with x bad habit over here there can't be just once or any of these old patterns that I've been tirelessly fighting my whole life, making excuses that I need things this way because, have to do this because....   There is no other reason other than because it's easier to use those behaviors rather than to face the fear and discomfort of not making those choices.

I do  want to be clear that it's not because I consciously choose  to make "bad" choices, or that anyone else does who battles with OCD type issues, and anxieties does so, either. No one chooses to have this level of anxiety. To even try to alleviate it takes courage. It's a hard journey for everyone who experiences this kind of brain torment. Often we find that even when we do find treatment that works it will not always work forever, so if you're reading this on behalf of a loved one who struggles with this be aware of how tremendously difficult it can be.

I'm blindly leaping forward into what feels like an abyss of the unknown. No more small feeble attempts that land me back where I was in short order. I do have a great support network, and that is something I'm very thankful for.
- June 10, 2018