I have been thinking about doing a Autism Positivity blog post entry  for a few days. I kept drawing a blank on what to write about, so I was unsure if I would participate. Then, I read last night that this year's suggested theme is communication, and expression. This new info reminded me of a post that I have been thinking about writing for awhile. I hesitated, because I don't know if many will think it's positive. I don't know how it will be received by others in the autism community, especially those that don't typically follow my blog who don't know our story. Then, I remembered how much I tend to care about people who don't know my story who want to lend judgment on how I should express myself. I have no cares to give about those opinions. While speaking about the themes being self expression,and communication style of people with autism I can safely say this blog is how I express so much of my inner self. The people that follow me here know me more authentically than anyone I know in real life who has never read my writing (save maybe a couple people), so I do myself a disservice when I censor my writing to fit what what I think others want to read.

As most of you know I have a 10 year old profoundly autistic son named Beans. He is nonverbal. For years, the school, and private speech tried to teach him to use Picture Communication Symbols, or PECs for short. We tried the symbols, the actual pictures, and even objects. We tried devices, and differing methods all the while Beans became more, and more irate while virtually not improving in any of the methods, at all. As we all know, behavior is communication. It didn't take me very long to decipher what he was upset about. Life is confusing, and overwhelming for him as it is, but imagine being asked to participate in an activity for 7 years that made no sense to you, everyday. You were asked to point at random pictures, and not allowed to do anything until you did. This activity would follow you from eating to playing. Always that book of pictures. I often wondered what they looked like to him. Were they just colorful pieces of laminated paper? How did he feel when he saw that book come out day after day? He melted down more frequently, and his communication had not improved any measurable amount in that seven years. We had some of the best service providers in the country teaching him to use the book in private speech, and public school. No, to little improvement was a clear indication this was not working for him. The meltdowns from frustration was a clear sign to me that he does not learn this way.

I didn't know the struggle that lay ahead of me in getting professionals on board to use another method. It was such a shocking, and sobering experience to me to be completely shot down when
I went to explain to them that my son has not improved in seven years using PECs, or other communication methods like it. We need to try a new, completely different method. Not only would they not try, but they insisted I was wrong. This is the go-to method for nonverbal student, they said. He will get it, but it might take more time, they insisted.

I stood my ground. They had time. Seven years is a long time. I stamped my feet, and I dug my heels in. I know my son. He doesn't understand PECs. He doesn't think in pictures. He needs to learn another way. Just because it is not conventional does not mean it can't be done.

He is no longer in school, and due to my insistence on respecting his space the private SLP would not work with him anymore. It seemed to me that they were not willing to work with him, but rather only to mold him to the education that received about how to teach him. They knew of one way, and that was all. He HAD to fit that way, or they'd assume he was just being difficult.

I wouldn't stand for it. He had made some progress with signing, so that is the method I insisted we use. He had such a traumatic experience with any picture symbols, or cards that I would not allow them to be introduced into the learning environment. Beans made it clear they upset him. Why keep pushing something that doesn't work, and causes extreme anxiety for the child? Nonsensical, and upsetting to me that anyone would try.

As I try to come up with the best way to communicate with Beans some of my ideas rub even those in the autism community the wrong way. The main reason I believe sign language works really well with him is because I don't think he thinks in language. As a matter of fact, I don't think he understands much verbal language at all. This is usually a point of contention with me, and others. I am guessing a good many of you reading have stopped, and already thought about going straight down to the comment box to give me a piece of your mind about that! If you're still reading, and not prematurely typing away with great indignation, then I thank you for hearing me out before doling out your 2 cents.

Not understanding verbal language is not to say he doesn't think. He doesn't think like most. He doesn't even think in ways that tend to mirror others on the spectrum, as far as I have been able to tell. When most hear me say that I don't think Beans understands most of what we say to him they insist he does. They use examples about how they ask him this or that, and he understands by coming to them, or going toward the thing they're talking about. He does come when his name is called. Almost always, so I will give them that. He definitely understands his name, and responds to it, which is totally awesome for so many reasons. He doesn't respond to directions in the absence of gestures, or other context clues, though. He responds very heavily to gestures, and clues. If I ask him at 1:00 in the afternoon to come take a bath while not standing by the bathroom (for example) he will come to me, because he knows I am talking to him, but he will not do anything despite always being thrilled to have a bath any time, After a few seconds likely walk away, unless I pointed, or some other gesture indicating to him what I am wanting him to do. If I change that up by standing by the bathroom, or by sticking to the routine he will know what is expected of him, and go to the bathroom on his own quickly. This pretty much is how all language is for him. He doesn't tend to hear the words. He gets the clues by what you're doing, eg pointing at, standing by, holding, and what time of day it is. 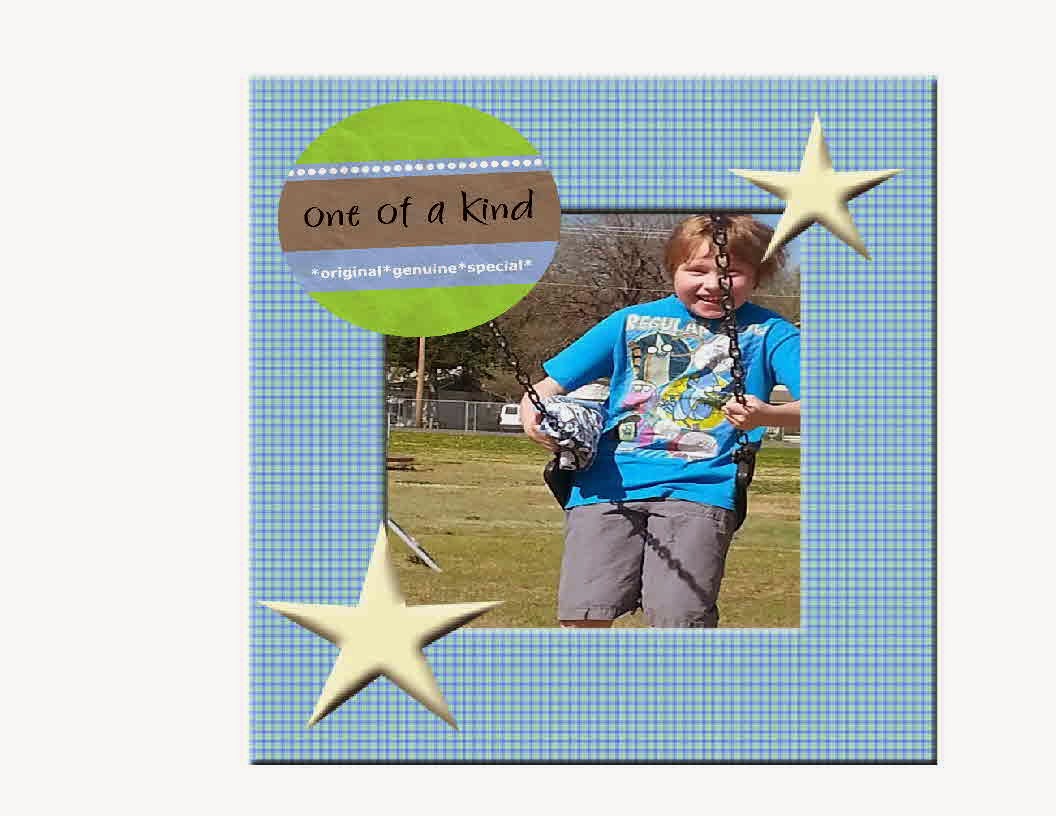 So, if you're still with me you may see where I am going with this. By deciphering how Beans thinks, and altering his environment to his needs I am in no way presuming he is incompetent, but rather quite the opposite. He needs to be communicated with differently. Ignoring that, and insisting he doesn't would be such a sad thing to do. He needs to be able to communicate with the world, and we need to communicate with him. I want him to be heard. I want him to hear me. This point is often so missed by others that insist that he can understand everything we say, and presuming that I feel he's not able to think, or problem solve when I say he doesn't. As a matter of fact, he spends a great deal of his day trying to problem solve by gleaning clues from his environment about what is happening, and what is going to happen. He is very communicative in the way of gestures, and signing.He engages with us all day every day. It's just in a different way, and so many miss that by trying to force fit him into something he isn't. His language is not standard, but it's his way of speaking, thinking, and being. The best thing we can do is to listen without preconceived notions.
- April 29, 2014